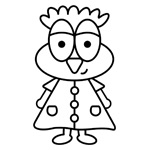 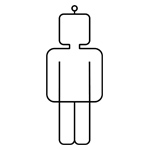 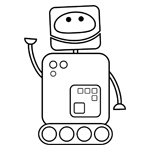 The next update today is the creation of a new category called Robot Colouring Pages.  In here you will find all of our unique and original robot coloring pages designed for children and kids to colour.  So without further ado, please pop along to the Robot Colouring Pages category and have a look for yourself.